Without engineered solutions, any gravity balloon is thermally isolated.  The 10 km of rock would prevent any significant heat loss by conduction, and there is no other mechanism to get the heat out.  An engineered solution would have to entail some kind of matter exchange.  For small conceptions of the idea, this could probably be done in batch processes, which would also make more sense in the context of access tunnels and the airlock structure.  Once it gets much larger, however, there's a bit of a different challenge.  As the size grows, the habitable volume grows with the cube of the linear dimension.  In light of that, I want to talk about solutions for cooling that scale very well with large gravity balloons.

The idea of machines (and industrial society in general) spanning large swaths of volume in zero gravity is an exotic idea.  You can reliably have a process that involves huge exchanges of mass and even huge velocities while at the same time putting very little energy into it, and actually having very little rigidity to it.  The engineered systems in this environment could be large, complex, but fragile.  Imagine a normal train and the sheer impossibility of stopping such a thing, and multiply that concept by a thousand.  People won't even be worried about such huge huge things moving about because it would be so easy to move around it.  This is a true embodiment of the relative-ness of motion.  For a simple example, image a large pipeline of things moving in a giant circle.  This pipeline could be a simple ring, but with a thickness much smaller than its radius.

Moving from the inner surface to the outside surface requires doing work because there is a gravitational field.  If you're moving individual objects it also requires the energy to move in and out of the airlock, but we can imagine a smooth pipe that doesn't have this burden.  You don't necessarily have to put in the work against the field every time.  If the stuff you're moving is already moving sufficiently fast then it can make it out without much problem.  In a simplistic sense, we can imagine a set of tunnels in the rock, some going out and some going in.  After the cooling mass goes out a hole, then it makes its way to the "in" hole moving along the simple geodesic.  In this case, by geodesic, I mean a path traveled in free-fall.

Pragmatically, making a large pipeline of material going through an access tunnel would be quite an engineering feet, but mostly due to the challenge of keeping the air in.  In fact, the challenging of maintaining a pressure boundary over a moving surface is quite common in engineering and there is certainly no simple solution.  However, in the case of the shell of a gravity balloon, there would be abundant space over which to implement this solution.  Ultimately, this could provide an easier way for even people to get from the inside to the outside than by constantly messing with batch-process airlocks.  Another complication is that the shape would have to deform as the speed changes due to gravity.

Orbits Moving In and Out

Interested in how you would actually have to configure these holes, I asked about the problem in a limit case on Physics Stack Exchange.  To make the answer simple enough, we imagine that the rock is thin relative to the overall dimensions of the thing.  That now fits the same problem of a charged particle orbiting in and out of a spherical wire mesh at some voltage.  There was a very intriguing answer to that question.  Basically, there are huge number of ways to configure these odd orbits.  Not only can you have any given number of "dips" outside the shell, but for a given periodic number, you can have any degree of roundness you like.

The most practical case for industry in a gravitational balloon is obvious to me as the 2-exit orbit.  I've dubbed this a "2-gon" in the question on Stack Exchange because it exists within a family of chopped polygons.  This would be an ideal orbit for a pipeline into and out of a gravity balloon because it hits the walls at a high angle, limiting the distance of tunnels needed, and it can have a long path length within the center.  You can see in the question that for a larger number of dips it skirts the edge more, as opposed to making deep secant lines. 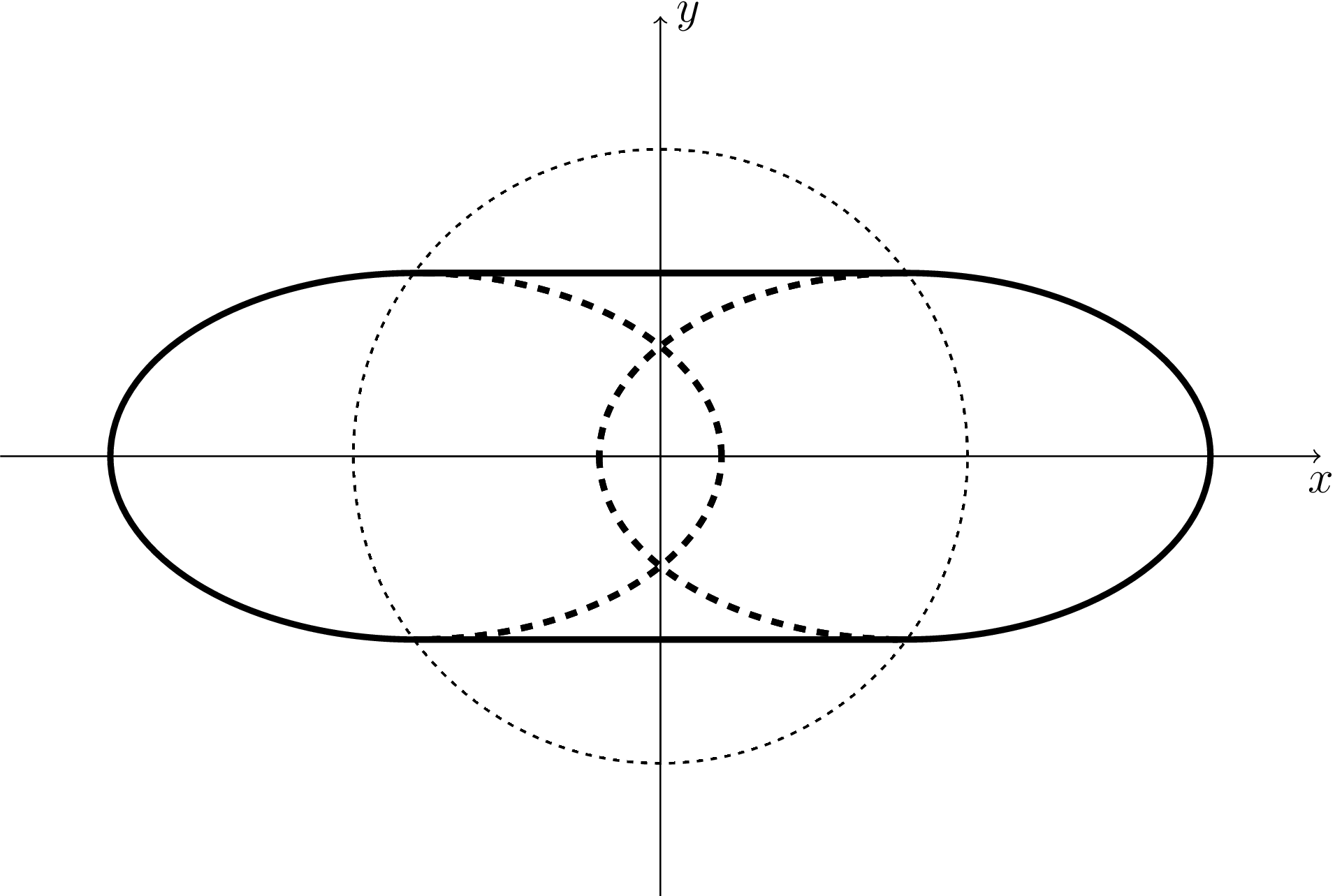 For gravity balloons of more moderate sizes, a large fraction of the orbit would be spent within the rock itself.  I tried to give some thought to the orbital shape within that rock.  I asked a question about a similar case of something orbiting within a field that was proportional in strength to the radius.  However, I realized that this doesn't fit the shell volume that I'm speaking of here.  The field is linear with radius but it is not directly proportional to radius.  That makes the solution for the orbit rather complicated.  Ultimately, it's sure to be a relatively small revision on what kind of shapes you can expect, but it needed to be mentioned.

The question remains of how practical this would be.  Particularly, how fast would such a cooling pipeline move?  We could use orbital dynamics, but there's another way to cheat and get an answer simply.  In the large case we know exactly what the gravitational field on the surface will be, provided we have the required internal pressure.  In this case the rock density doesn't even matter due to interesting mathematical conclusions.  The field is just:

With this, I can generally answer the question of the orbit time for a coolant loop.  Again, for the large limit, there is a helpful simplification.  Just imagine the field on the surface to be constant.  Then we can get a time for the turn-around as well as a velocity.  The velocity should probably be kept well below the sonic velocity of the atmosphere, and ideally we would like to see round trip time less than a day or so.  To make this workable I assumed a generic velocity of 50 miles per hour, or 22.3 meters per second.  With that, the height a pipeline will protruce above the surface before naturally falling back down is calculated.

Numerically, plugging in the 50 mph figure:

This is a nice answer because it is on the order of the shell thickness in the first place.  That means that even if the case we're looking at isn't all that big, if the center bubble is just a few times greater than the shell thickness, the idea will be perfectly workable.  Now, with this speed we can imagine the travel times for certain things.  Even for a giant diameter of 250 km, it would still only take 3.1 hours to traverse the diameter at the speed.  You can then imagine multiplying this by 2 for the reverse trip.  Then, for the times spent outside the shell we'd be looking at about half the average velocity.  So credit about 10 km shell thickness, 20 km turn around distance, then a full orbit takes about 30 km of that distance.  This adds about .3 hours.  So for a full pipeline orbit through a 250 km gravity balloon, we'd be looking at a time on the order of about 7 hours.

There are several variables I haven't delved into, like the overall cross sectional size of such a space pipeline, but even with a normal "train" size, such a thing could be used to transport massive amounts of heat.  There are a lot of remaining complications, but it would scale very well.