Artificial Gravity Tubes with of the Mashveya World with Friction Buffers

There are now honest-to-god friction buffers being utilized in fiction and world-building. Check it out at:

This author illustrated the tethers used to spin up a tube, as well as a buddy system for spin maintenance. For future reference, here is one post that contains both pieces of content. This has a great deal of technical accuracy. You can see in the axle mount system (buddy system) that there are trusses necessary to handle the varying compression / tension action with changing the direction of angular acceleration. 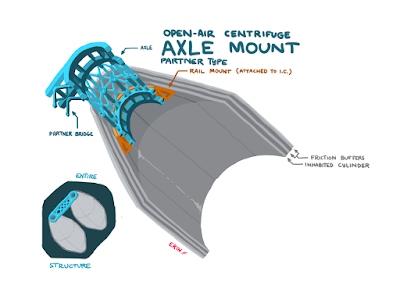 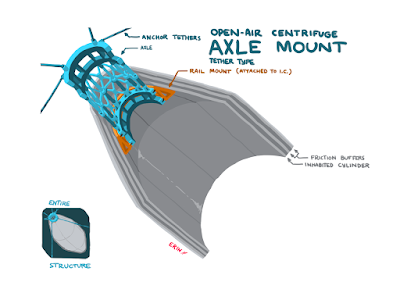 The world these designs exist in is called Mashveya, and uses transportable fuels (like hydrocarbons) for their energy economy, so these are free floating and exist in a smoke-ring type world with a fairly low density of habitation. I find this image with additional world context quite stunning. Calling this a catamaran system makes a lot of sense. 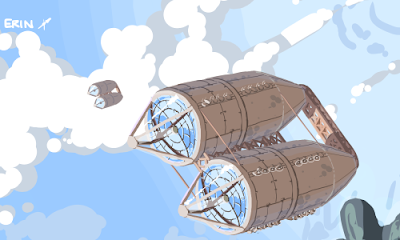 Quite a few possibilities jump right out at me. Many different methods of navigation would be possible. You could use some flow control to direct air out one end to power flight in the axial direction. It would even be possible to fly perpendicular by allowing the outer-most sheet to spin freely, and blocking flow around the middle portion or on the two sides. I might diagram some of these later. These are extremely cool. Seeing these brings an entirely new perspective to some of the underlying concepts.